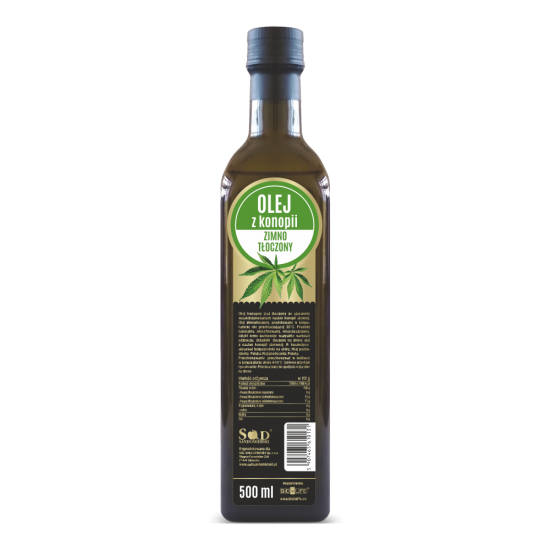 DIETARY SUPPLEMENTS BASED ON ARONIA

Hemp oil is pressed from carefully selected hemp seeds. Cold-pressed oil, produced at a temperature not exceeding 35 ° C. A natural, unrefined, unrefined product that keeps all the nutritional values. Ingredients: cold pressed hemp seed oil. In cosmetics: apply directly to the skin. Country of origin Poland. Country of manufacture: Poland.
Storage: Store in a refrigerator at about 4-10 ° C, both before and after opening. It is intended to be eaten cold only.

The most important ingredients: